As you know I love being active and playing sport has always been a big part of my life together with training and working in the gym. A few years ago, when I was home visiting my family in Sweden one of my little brothers, David asked for some help gaining some muscle.
I was home for three months and in that period we succeeded to gain about 7 kg of muscle and he later joined a new started American Football Team, Karlshamn Oakleaves. Since then a few years has passed and David now weighs more than I. Sometimes I get the urge to pack on another 10 kg or so to feel big and strong but I guess there won't be much work for a 100 kg model. Things we do to our bodies, right? 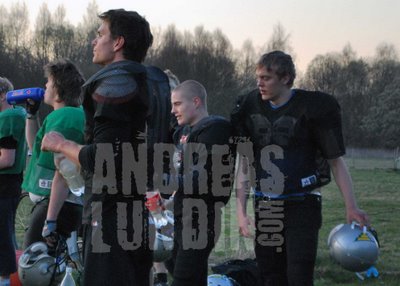 David asked me if I was keen to give American Football a go. I could not resist. I have tried Australian Football and Rugby over the years but this was my first in the Grid Iron game.
I soon realized that I had a pretty good technique as I have been as active as I had been. I was training together with the running backs for about an hour before we got in to some full contact practize. I got told I was the "headhunter" which apparently meant that I would go for the ball... and of course the person who had the ball. Just my game:) 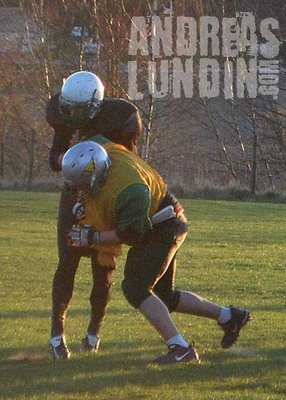 I had so much fun. I enjoyed that I once more was back in a team sport. I enjoyed the impact of the sport and even though I walked away with a fractured ribs and cut knees I think this is a sport I want to continue with... after my rib has healed that will say. I guess I learnt not to stand tall when someone tackles you. (At least I got the hit on photo)
Another benefit I can see with American Football is the obvious natural intervals. As you know I am a big fan of boxing for keeping lean. Maybe American Football is an option. I will look into it as soon as I get back to Sydney. If you know of any  clubs in the city... please let me know.

Just before I decided to go to Hamburg, Therese at Sweden Models helped me to get in contact with one of their photographers for a test shoot. I went down to Malmö to catch up with Michael Sosinski. Michael is a great guy and I really enjoyed working with him. Having great people around makes work so much easier.
We shot for a couple of hours and had a really great time. Test shoots are always a lot of fun as you leave all the imagination and creativity up to the photographer. Every shoot will look different.
The other day Michael sent me the first couple of images. I was pretty happy with the new style. What do you think? It will be great to get some more images that I can take down to Hamburg.

After three weeks in a small village in the south of sweden I have decided to head to Hamburg to meet some of the model agencies there. I have heard a lot of good things from friends who has been working in Hamburg and I am really looking forward to hit the road and see where it will take me.

I find modeling pretty exciting as there is no guarantees to get work or as in this case, an employer. During the next week I am hoping to find an agent who is willing to represent me as well as have time enough to go and see some of their clients for potential future work. I will keep you updated.

If any of you have been to Hamburg and got some recommendations for some tourist attractions please let me know. I am sure I will have plenty of time to have a look around in town as well.

Once again I have to thank Drew and Shikha from Enflexion who have put a lot of effort into updating my website. I got a new design on my video page as well as a question and answer page. Hopefully it will now be easier to upload, watch and learn.
After several requests for a question and answer page it is now finally up. You can find it under the fitness page. It is my goal to answer one or two questions per week so if there is something in regards to health or fitness please let me know and I will do my very best to try to answer.
Andreas

A while ago I was asked about my opinion in regards to low carb beer. Channel 7 decided to do a story about it and came for a visit at City Gym in Sydney where I normally work. What do you think? Is low carb the better option for the summer barbeque? What does health professionals think? Watch and find out for yourself.
"

Question and Answer Page... on it's way

Over the last 6 months I have received  a lot of questions in regards to health and fitness. I think it is great that there are people who seek more information to gain a healthier lifestyle. Therefor I am planning to launch a question and answer page.
My aim is to initially be able to answer one or two questions per week to slowly build up a base of frequently asked questions. I have always thought that education and understanding of the human body is the only true way to gain the skills needed to reach and maintain the fitness you striving for.
I am hoping to have the page done over the next week, so please if you do have any questions please feel free to contact me via the contact page on the website. I will answer the questions as good as I can.
Stay fit and healthy - Andreas

The boat is in the water

The last weekend I went done to the coast to help my dad put our small fishing boat in the sea. After a tough morning, cleaning and polishing the boat we finally got it ready for our first fishing trip for 2009. 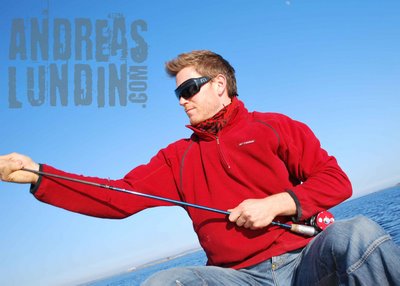 During spring the highlight is the king salmon. It is rare to catch but if you are lucky there is the chance of catching salmon up to 30 kg in the southern of Sweden. I should add that I am still waiting on a catch like that.
The weather was beautiful so even though we did not catch any dinner I was happy to spend a couple on the sea. Hopefully I will have time to get back to the sea soon. 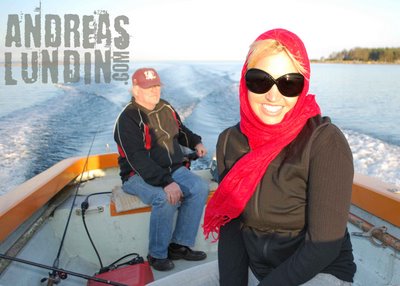 I grew up fishing and this has been one of the things I missed in Sydney. I know that the fishing around Sydney is supposed to be good but I have never got around to sending down my fishing equipment. As I return to Australia I will make sure to fish even in Sydney.

posted by Anonymous at 2:52 pm 0 Comments

I have now been back to Sweden for about a week and after a few too many coffees, cakes and welcome home meals it was time to visit my Swedish agent Sweden Models. I needed to figure out if there is any work for me here. I have also thought about getting another test shoot done so hopefully Therese can help me with that.
I am very lucky working with so many nice people. Martin De Courtney and Chadwick models have always looked after me and arriving to Malmö I felt nothing but welcomed by Therese and Camilla at Sweden Models. After a short chat we decided that I should head up to Göteborg and Borås to do see some swedish clients. 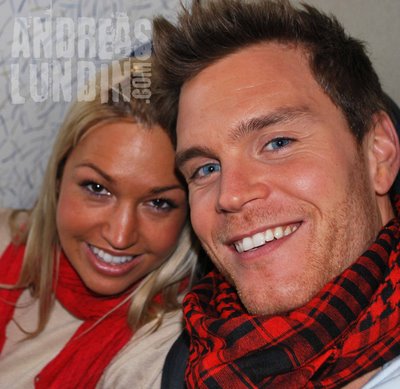 As it was still early and I didn't need to be in Göteborg until following day I decided to take Camille to Copenhagen for a walk on one of Denmark most famous streets, Strøget. We left the car in Malmö and jumped on the train over the bridge. It was nice to be able to relax a bit as the following day was going to be a busy one. 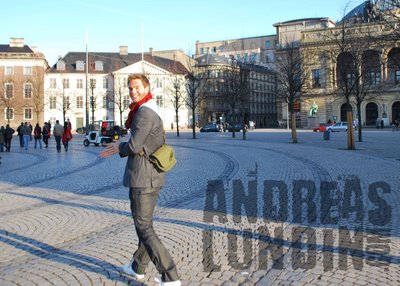 Before I decided to get myself a web page, and this blog I knew very little about the work behind creating a page. It was first through my first contact with Drew at Enflexion web design I really got the help I needed.
Over the last few months I have slowly been trying to learn what to do and create a habit of writing a blog. I am very happy with the site and I am days away from doing a official launch where my aim will be to reach a broader audience and develop my site further.
I have had some feedback in regards to my image galleries. The problem was that people sometimes did not realize that each thumbnail was actually a gallery of it own rather than just images. Drew have just got this changed so please have a look through the image page and let me know what you think. I would appreciate all feedback I could get as I want the page be as good as I get it before the official launch.
Please feel free to send me an email from the contact page if you got any suggestions.

posted by Anonymous at 3:56 pm 0 Comments