As you know I have been fishing quite a bit since I got back to Sweden, and yes... I still love fishing those days I do not catch anything. Saying that, I LOVE the the days when I do. A couple of weeks ago I went to our local put-and-take lakes to teach Camille fly-fish. As we did not catch anything we decided to spend one more day at the lakes. The only way you can fail is by giving up:) 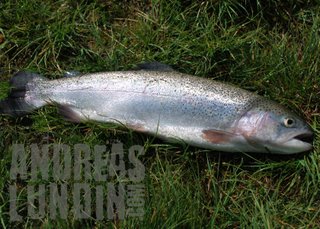 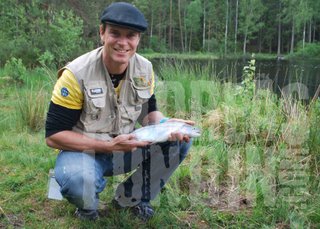 This particular day I was lucky. Only a couple of hours into our day I caught my first trout. Being just over a kilo it wasn't a giant but after my last attempt I was stoked that I finally succeeded to trick one of them.
We had some grilled sausage (low fat of course) and a couple of cups of coffee. Just after lunch it was time for number two. It was a bit heavier than the first one but not in as good condition as the first one. Still twice the excitement:) 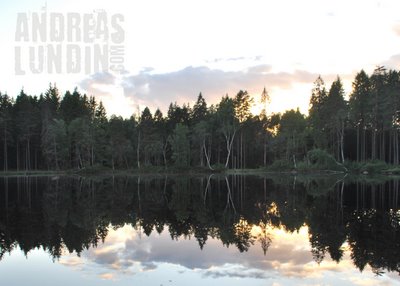 As you might understand I was pretty happy about finally catch some fish and restore some of my lost ego after our pike fishing and a unsuccessful day of trout fishing. The sun was about to go down when...
Number three. Not only did I catch some trout, I broke my own record of a days fishing in Harasjömåla put and take waters. After three fish it did not matter much that I lost another fish only minutes after landing my third one. Four trout would have been great but three is good enough to me. 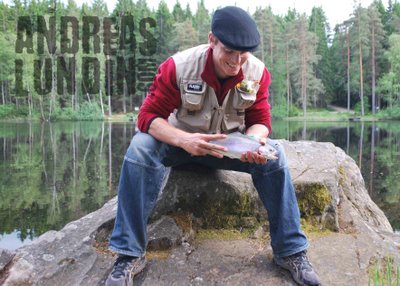